To be the daughter of, to be the granddaughter of, for someone it is a chance, for someone else a simple statement. And for Alyson Le Borges it is a case of affirmation, or rather confirmation. You look at her and see the resemblance to her father Antony Delon and her grandfather Alain Delon. And that’s it.
Alyson has always lived with her mother and has never asked for anything from anyone. And there was another beautiful physical resemblance, that of her mother, Marie-Hélène Le Borges, former dancer at the Crazy Horse. Her Hollywood beauty did not fail to bring her luck. At the age of 14 she played in her first film with director Nadine Trintignant.
So, model, actress, free and independent woman: meet a girl who looks like nobody else but herself. 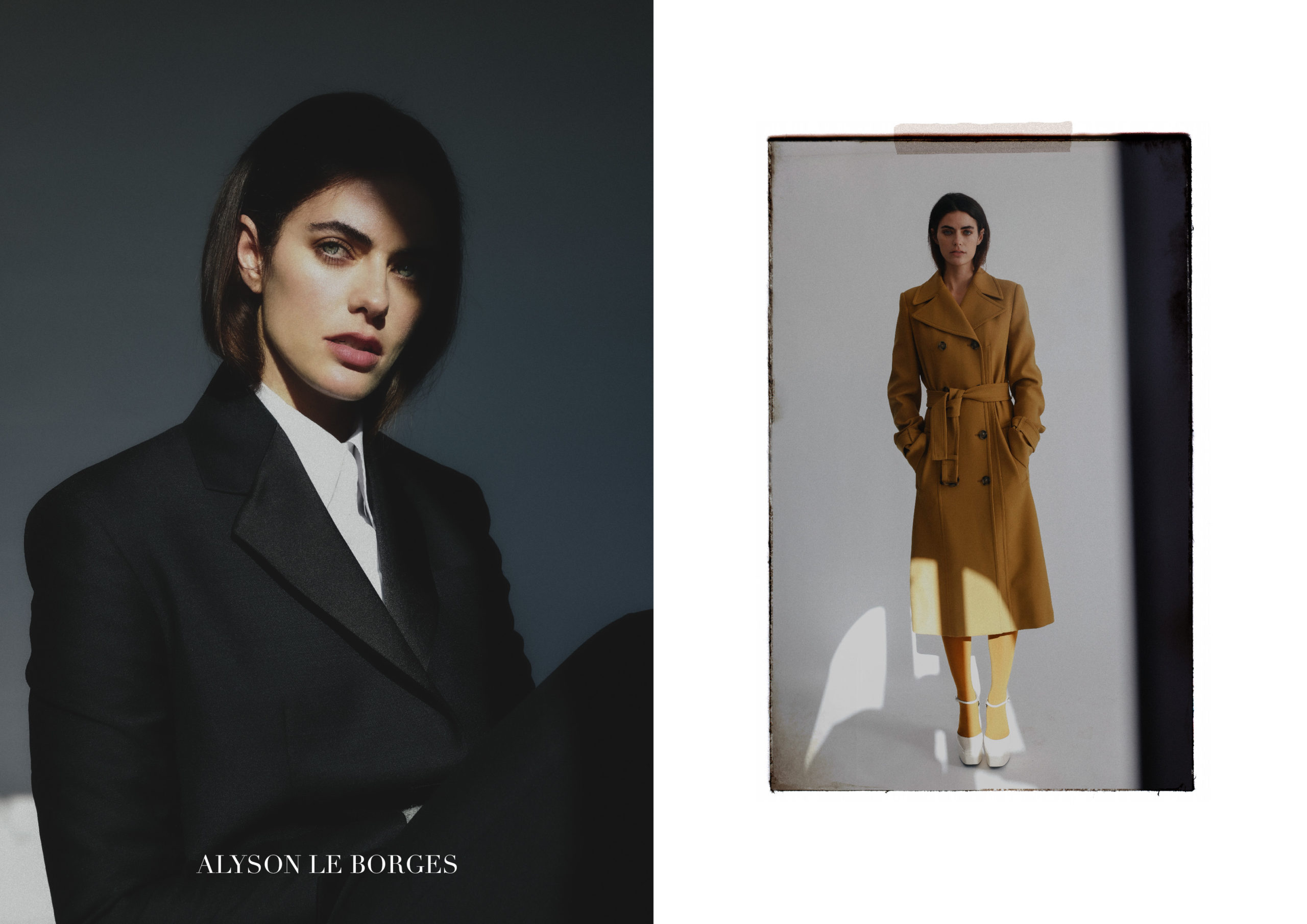 Renata: It’s not easy to meet someone who makes sacrifices to pursue a career ideal. Would you like to tell us your story?

Alyson: What sacrifices?
I’m just a young woman who grew up in Paris surrounded by my family.
A teenage years similar to all the girls of my age with some passions including animals.
I had some experiences in the artistic world, especially in the cinema when I was 14 and then some photo shoots for advertisements.
Despite these experiences, I was far from thinking about a career but soon enough, I had the desire to discover the world. After a first year in London, I moved to Los Angeles where I lived for 9 years.
During this period I took art classes at a film school in Los Angeles, participated in commercials and acted in short films. 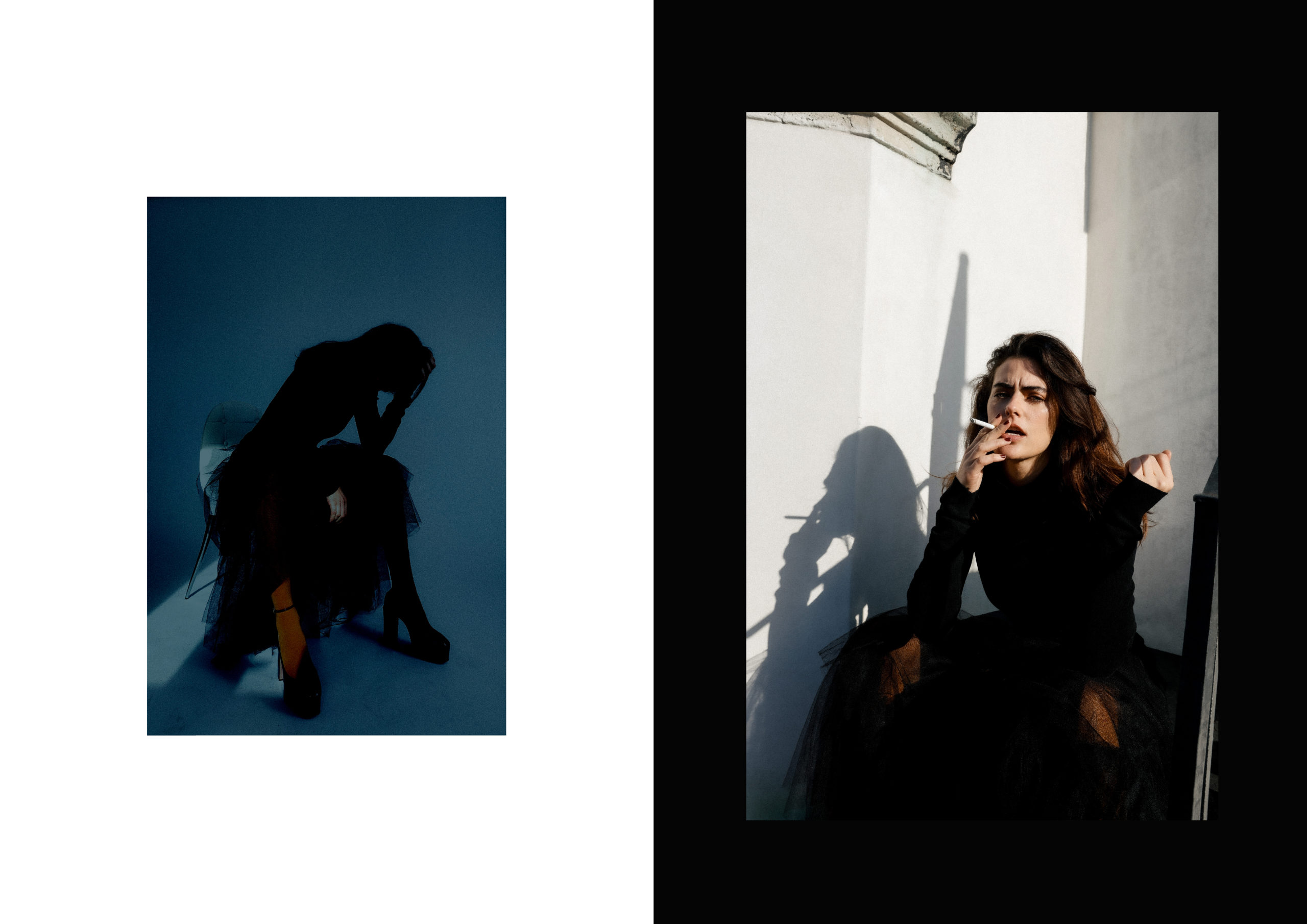 R: You are either an actress or a model. Which of the two roles do you prefer? Or maybe there’s a third?

A: I don’t make a difference. Both are artistic professions and the choice is guided by a certain number of criteria, which are the quality of the proposal, the moment of the proposal and the desire. If I had to choose, I would prefer the acting profession, which is more complete. Image and sound! 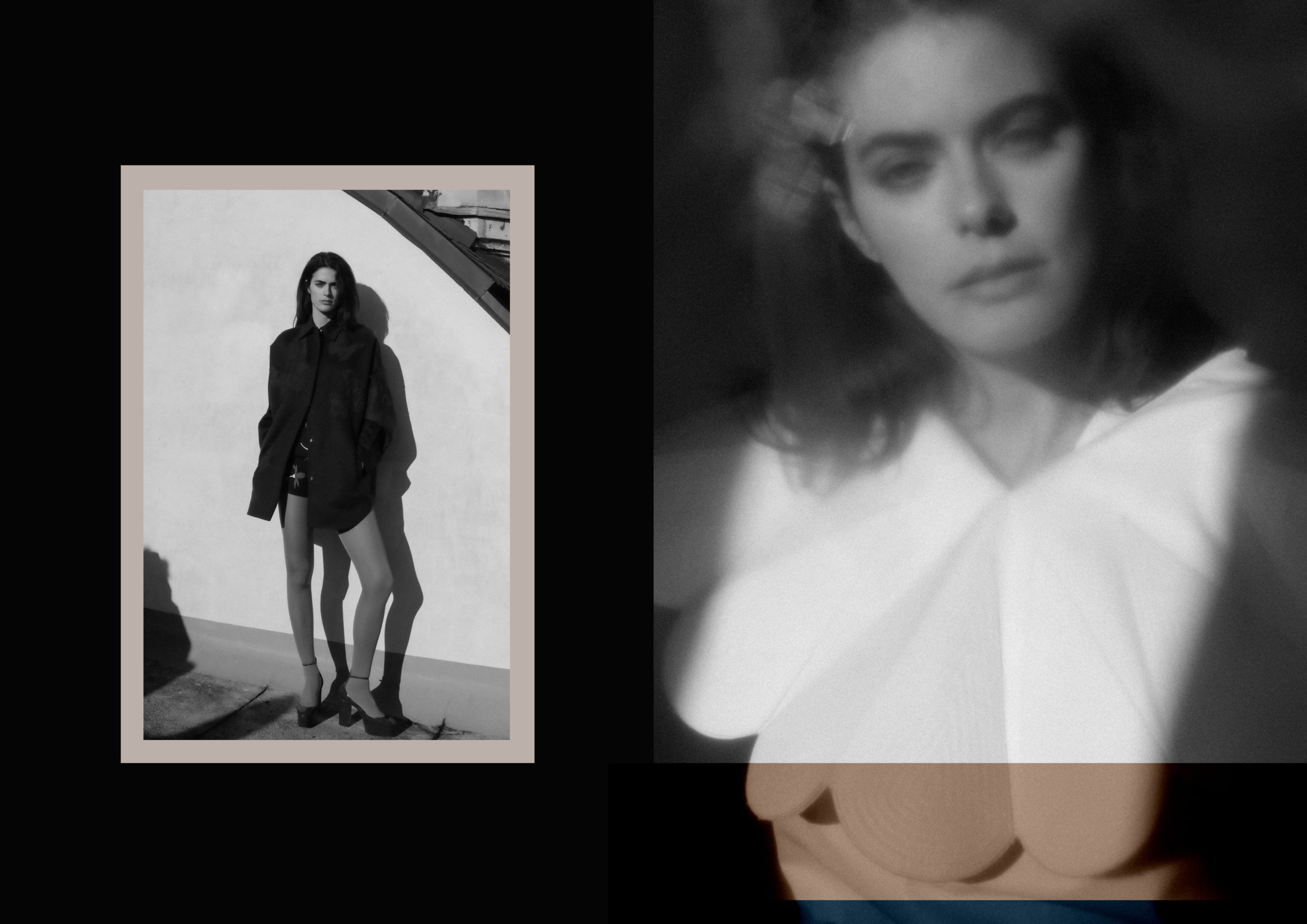 R: Who do you look up to as a model? And as an actress?

A: More than inspiration, I would talk about people who have marked me, made me dream, challenged me and perhaps given me the desire to go further.
For models, I could mention Cindy Crawford, Linda Evangelista and Kate Moss as references.
As an actress, I have several women who have marked me. By their performances and by their lives and commitments. I could mention Jane Fonda, Robin Wright, Salma Hayek, Jennifer Lawrence and Zendaya. 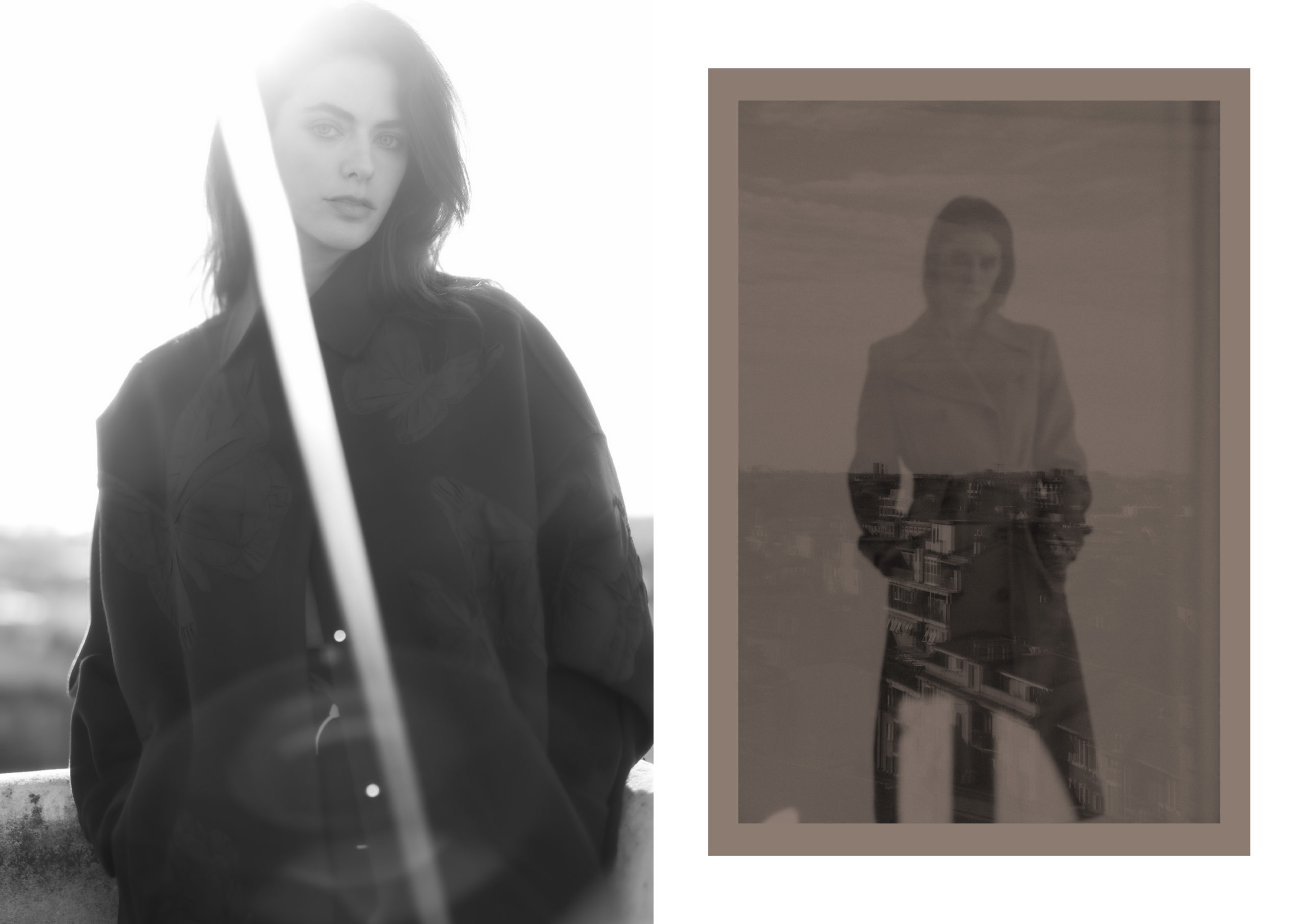 R: In your daily life what is your favorite fashion and makeup style?

A: For makeup, natural and light.
Mascara, coloured lip balm, a little blush in the corners of the eyes and you’re done.
For fashion, it’s casual on a daily basis but I know how to adapt to the circumstances.

A: I live for nature and with nature.
It is life, it respects itself and we have to get to know it, to live with it.
I love its strength and need to feel it.
To live with the elements and with the species.
The sea with surfing, the land with hiking.
For animals, it’s the dogs in my daily life and when the opportunity arises the horses and wolves that fascinate me. A very organised wild animal.
I live with social networks without being a slave to them. I have a very cautious attitude towards social networks.

R: You have chosen to live and work in Los Angeles. What are the differences in daily life and also in work between the United States, France and even Italy (Alyson worked for a campaign for Intimissimi)?

A: The differences are mainly those of space which – on the positive side – gives you a greater sense of freedom, of discovery
Despite the distances, Los Angeles allows you to be in the city, to go to the sea or to the mountains in one day.
A visible difference is that of a country where everything is possible and where you are encouraged to try. A real wind of optimism and dynamism, but with strong inequalities and resistance. It is a strong but difficult country.
Over the years, you discover that there is no ElDorado and that the world is a source of discoveries, experiences and perceptions that pass through the filter of your roots.
In terms of roots, there is a history, a culture and values here (France, Italy) that I need and that are envied and copied (architecture, cuisine, arts) without forgetting human relations and the dolce vita.

R: Is there any beautiful project in your future that you want to tell us about?

A: More than superstition, I would say discretion and caution in not talking about projects until they are signed. More specifically, it’s part of my desire to embrace acting as a career.

R: Olfaction can take us elsewhere. Do you like perfumes? Is there one that makes you dream, or that takes you to a place you especially like?

A: One of my favourite novels is by Patrick Suskind – Le parfum, which I invite you to read.
A perfume is an invitation to travel, sometimes a promise.
It is also a link of transmission evoking memories.
The wake of a person, the leather of a vehicle, freshly cut grass, the crackle of a wood fire…
I have two perfumes that I am very attached to – Dior’s Eau sauvage and Chanel’s Paris Venise and the musk-based fragrances.