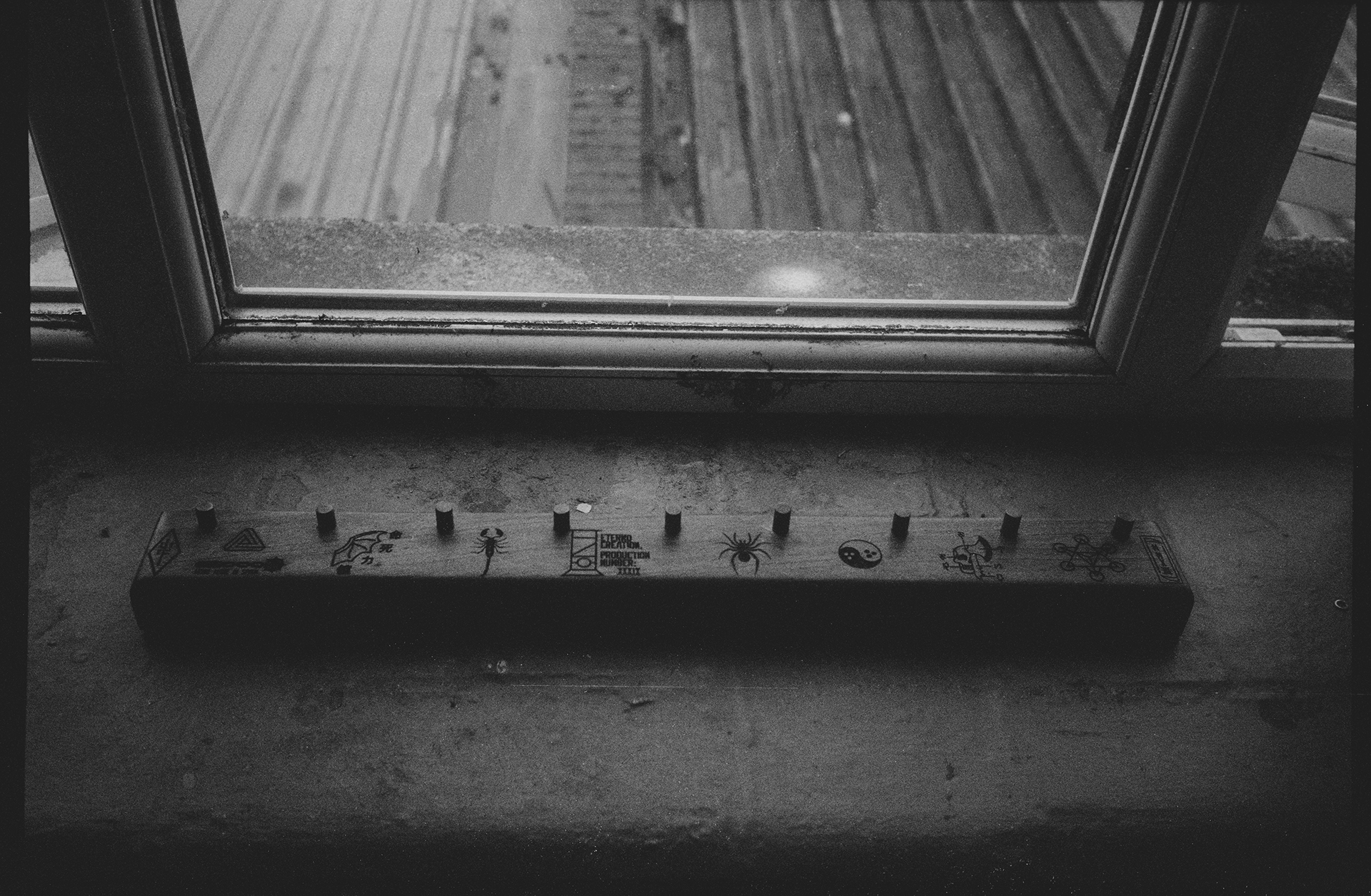 “ I had the urge to move, escape from a provincial and familiar reality and find a total opposite environment : the metropolis . London’s been a random choice , it was easy to reach and so I moved: backpack on the shoulders and my father’s bicycle”

“At the beginning we had no money, we did not need them . We genuinely lived on bare necessities. I have never lived in a proper apartment, I’ve been moving in and out, often close to a border that was not always physical but enough real to perceive . A border that separates  you from the Metropolis , creating different realities and situations. For the most part those places are now are piles of rubble”

Michele is an Italian artist . After he had studied Visual arts in Venice , he decided to move  with a friend in London . In the the last 4 years Michele has been living and working in his studio in Hackney Wick , in a constantly changing urban and creative context. 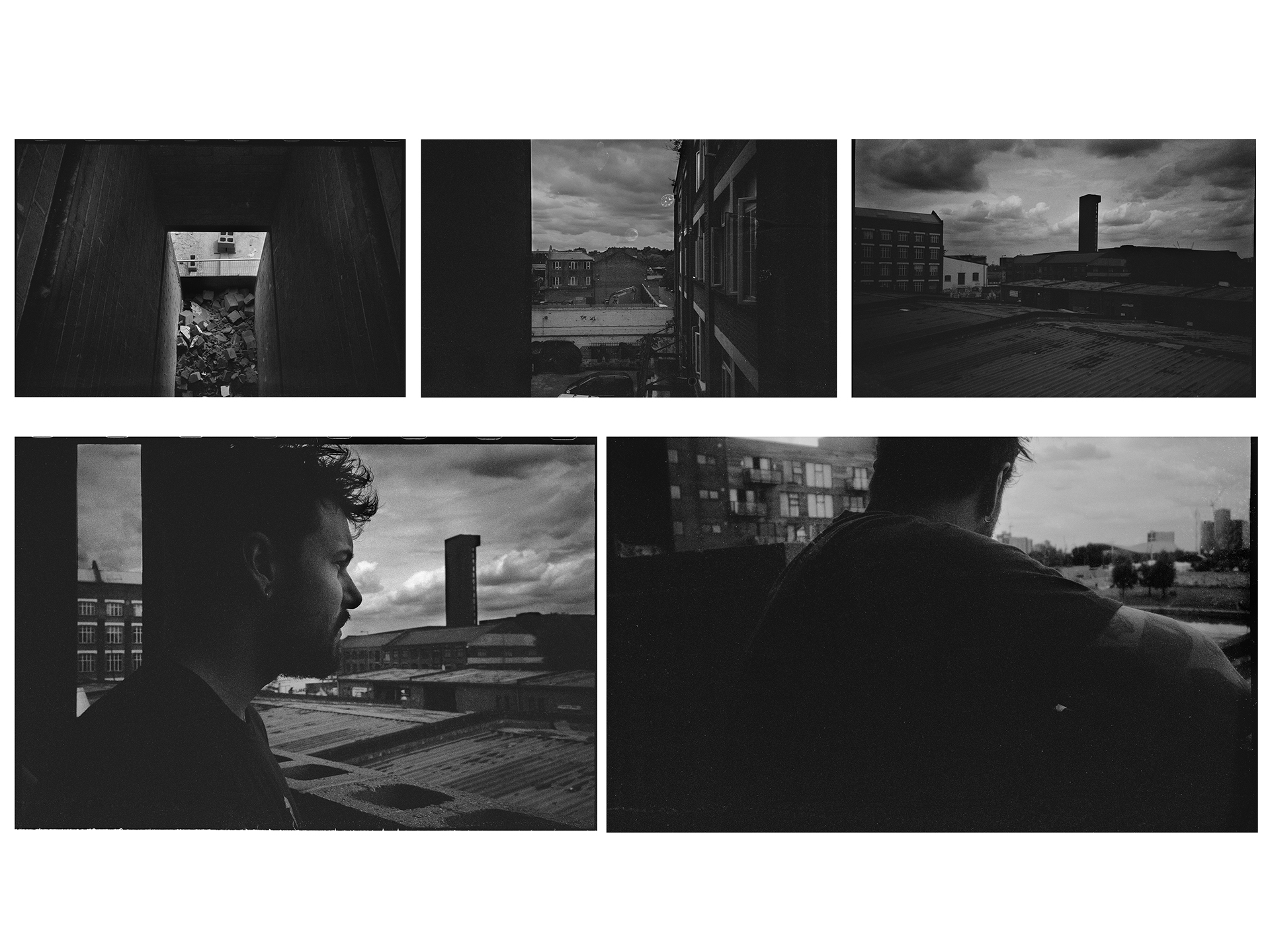 “ London can be lived in two phases : the first one is when you arrive and you are hit by its size, by its dynamic. It’s a city so big that it becomes easy to get lost. But it is the same City that pushes you to be a part of community, and this community is so full of stimuli that makes you restless .The second phase starts when this city begins to consume you , where you can find London that demands, and London that forces you to take some pauses from the city itself. Every time you go away and then come back , you do it with a new conscience ” 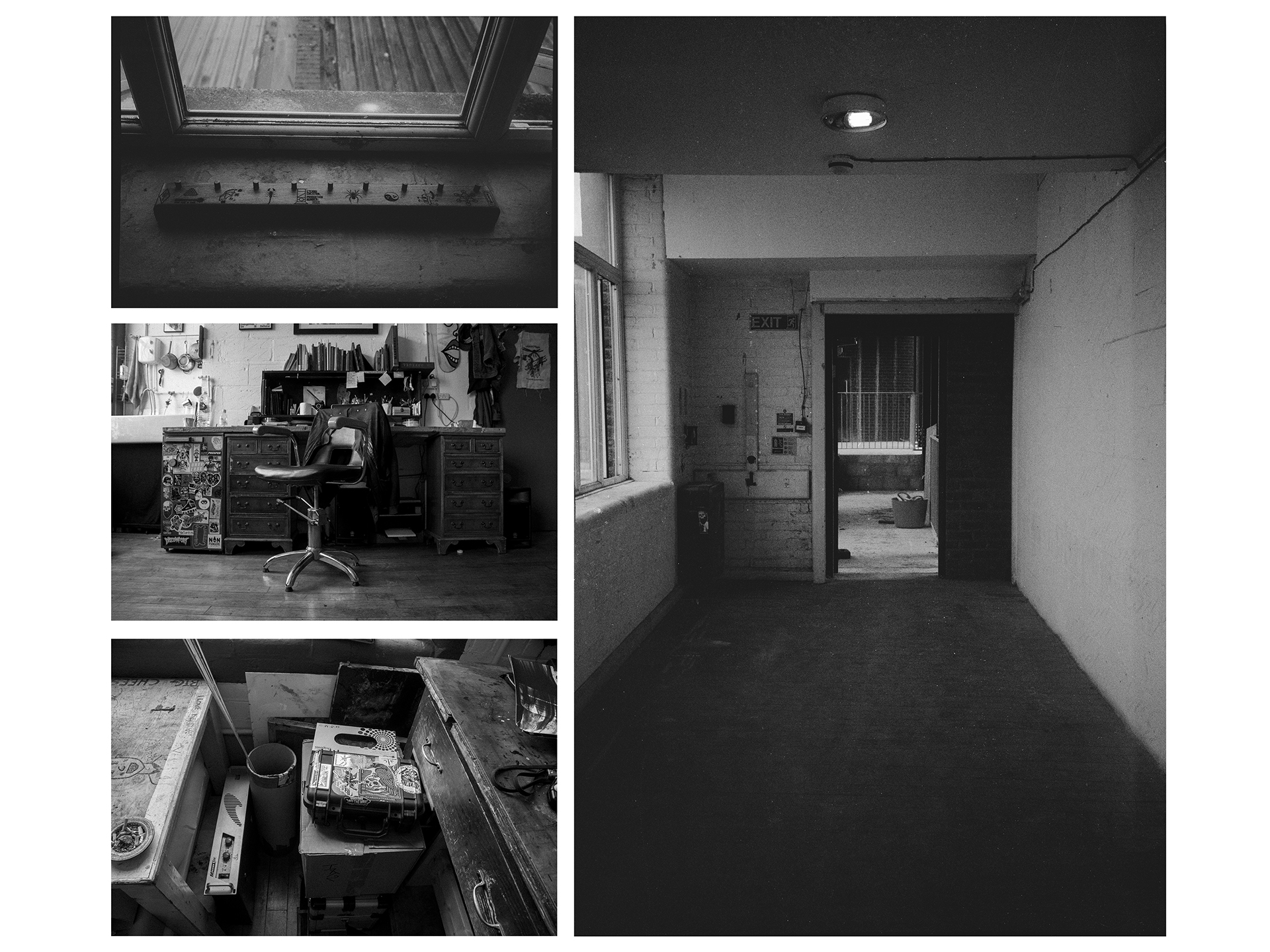 “ This idea of community, this Hackney Wick of sharing and opportunities, has been idealised and sold with the time ; and now as a consequence is changing with uncontrollable speed . This Place was not a crowded place , the Olympic Park was an enormous construction site and most of the people you could find were locals. If you were here it was because you wanted to.”

“ There’s always been a border  before and beyond the canal . Now that border is on the verge of collapse under the pressure of the modernity, nevertheless I believe my intimacy is still safe and I have the possibility to tell and share this change that influences me now and before ” 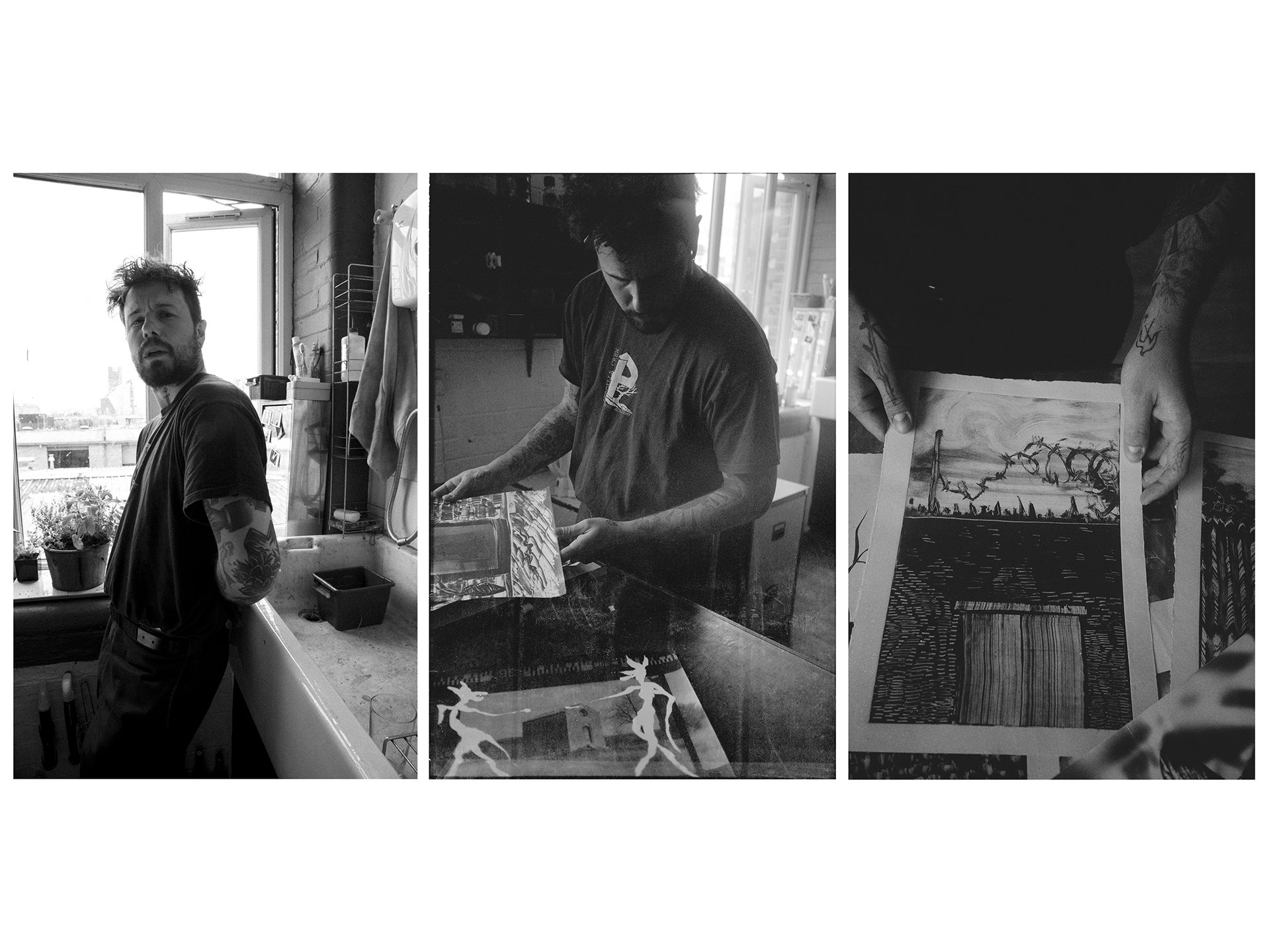 “ Until the last few months the studio was just a working space . Now I am trying to transform it in a intimate and private space , and it is changing within my necessity and what surrounds it . I spend the 70% of my time outside London , when I come back I need to feel myself at home “ 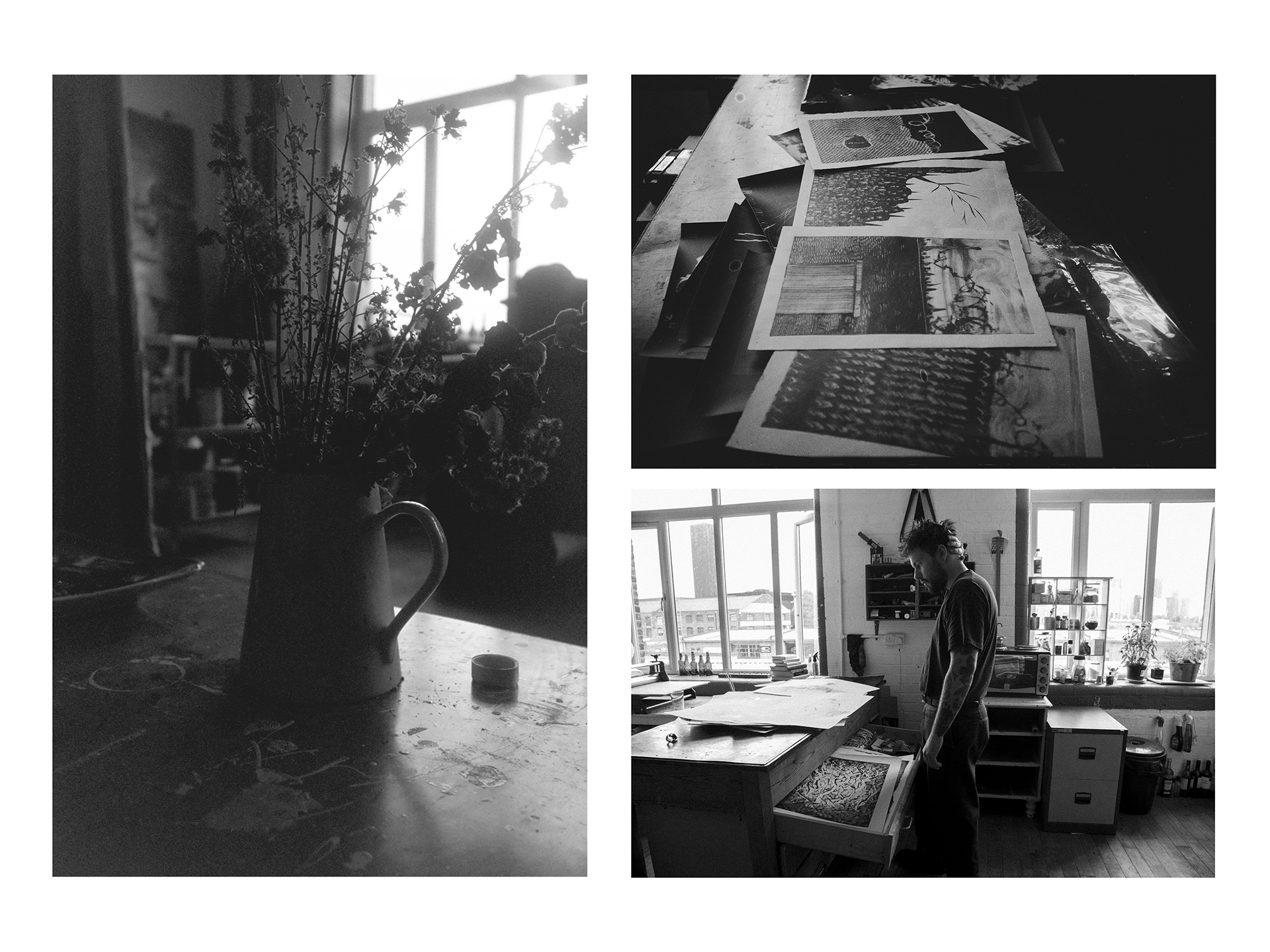 “ I have been painting and drawing all my life, that is how since I was 14 I’ve tried to earn the living ,without accepting any compromise. That’s what I wanted and that’s what I did. I came close to the art of printing, I started  to experiment and then the world of tattoo brought me directly towards photography. Photography was a necessity, I tattooed people and I needed to shoot the final result . With time I‘ve turned this process into a more conceptual work, portraying people that I tattooed. The usage now is strictly connected with paint and print “

“ Photography offers me a view inside the window, intimate and personal “ 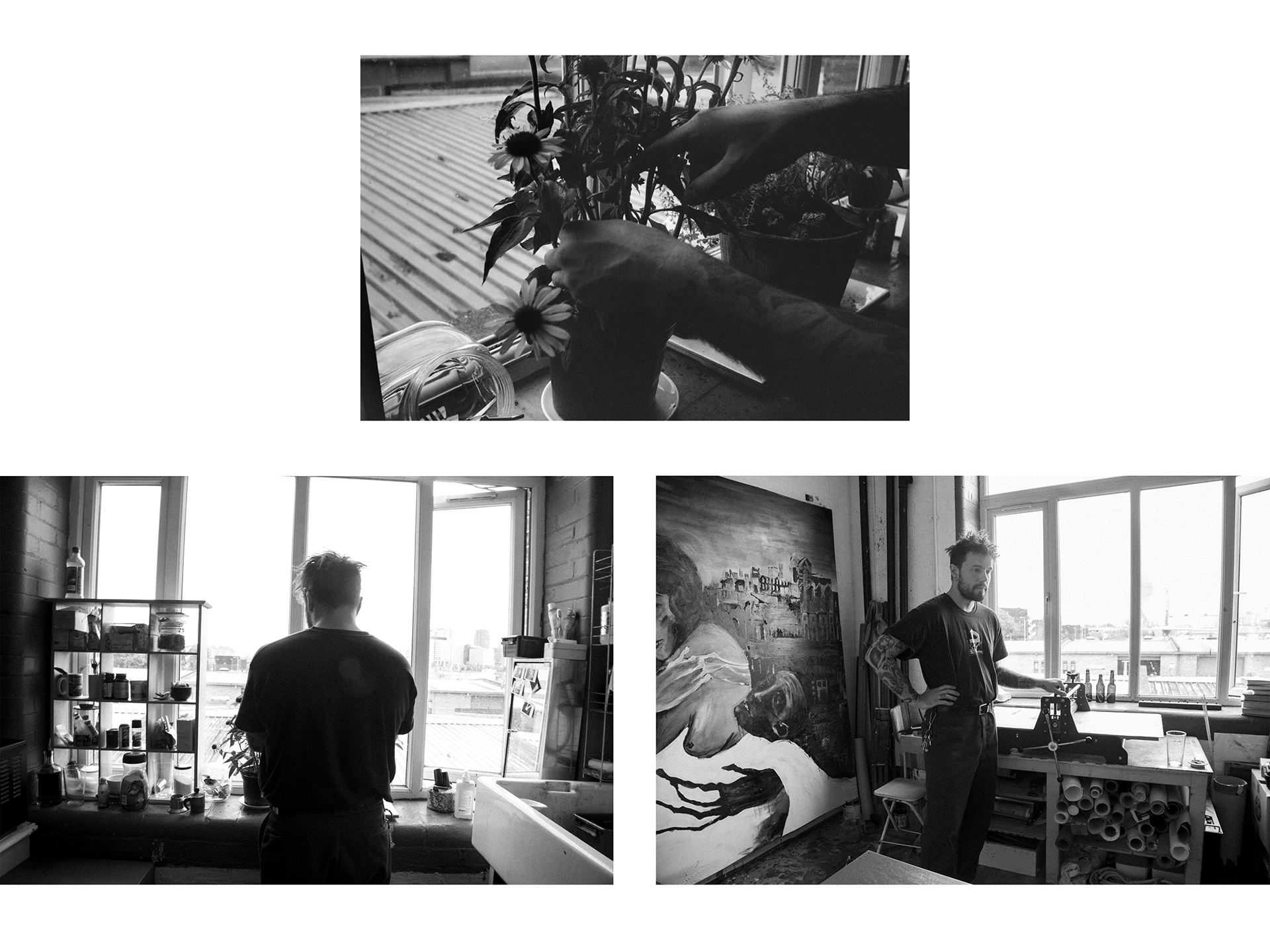 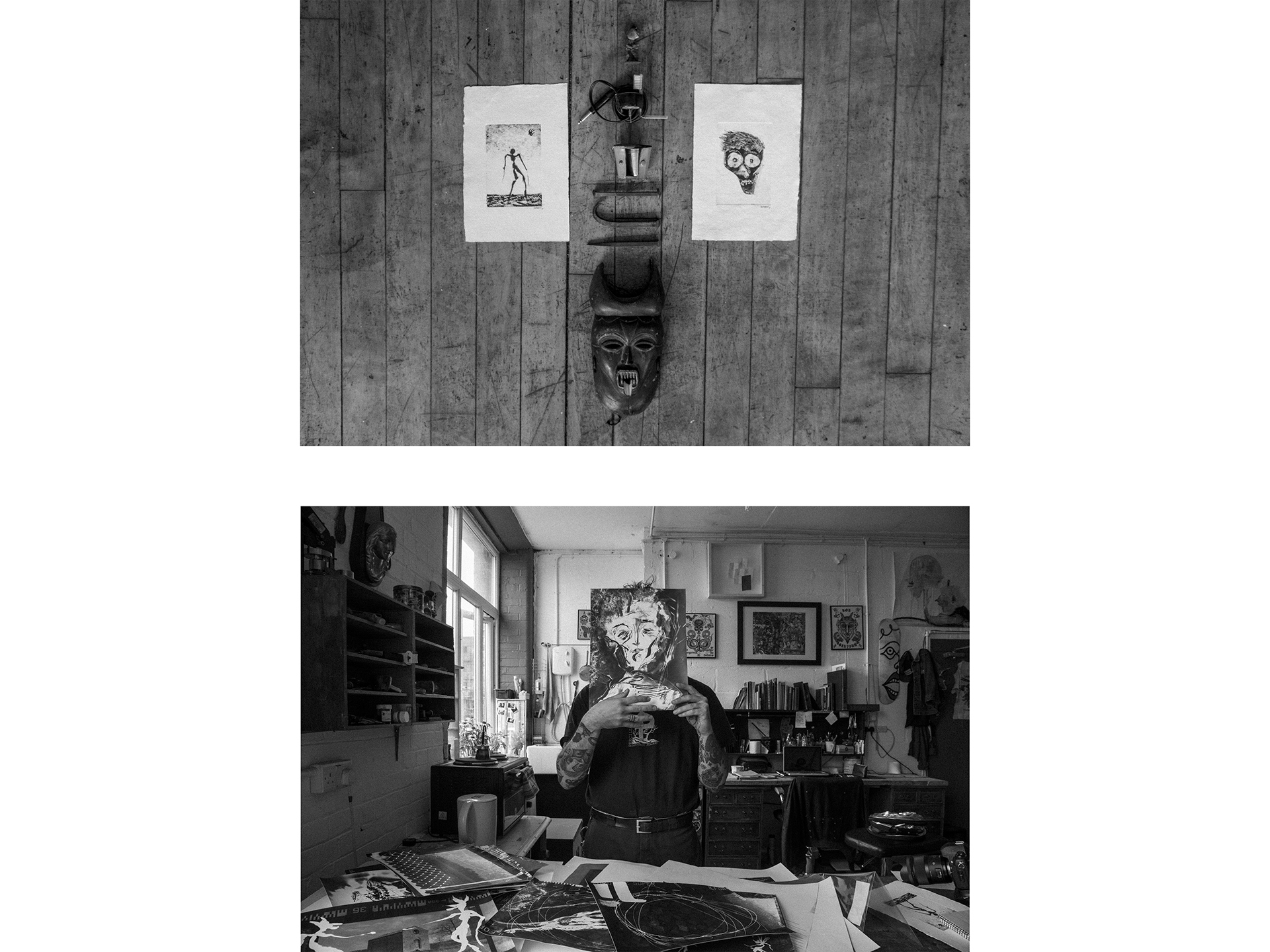