A PPR OC HE a ppr oc he is a salon devoted to experimental photography practices. It is designed as an exhibition and will present,
at the Molière from November 9th-11th 2018, at the same time
as Paris Photo, works by 15 artists represented by 12 galleries
as well as the a pp roc he sector, highlighting two talented artists under the age of 40 who are not currently represented by a gallery.

a ppr oc he selects artists who use photography on non-traditional media exploring issues of photosensitivity. The first edition was held in November 2017 at the Molière, a private mansion in the heart
of Paris. The fair’s success was encouraging, with more than 4,500 visitors over 4 days, exceptional sales as well as artistic recognition from collectors and professionals.

There are new developments in 2018 for a ppr och e,
with an increase in non-French galleries as well as a corpus of international artists (7 French artists out of 15 in total). The a ppr oc he sector has also been set up.

a ppr oc he was cofounded by Emilia Genuardi and Sophie Rivière
in 2017. Creating this art fair was an obvious choice for these two specialists in contemporary photography: the desire to bring artists from the visual arts and photography worlds together in a new setting.

Elsa Janssen has joined forces with Emilia Genuardi in 2018: together they will produce and handle art direction for this new, independent art fair.

Fourteen artists will be presented for this second edition of
a ppr oc he in November of this year. They are of different nationalities, generations and artistic education, but share nonetheless the same quest: to explore the photographic medium.

Focusing on such a selection of artists is to perceive the experimentation currently offered by photography. Noting that chemistry and techniques discovered in the first half of the 19th century are still being used but also transformed by artists
(Juliana Borinski, Marie Clerel, Vittoria Gerardi). Appreciating how books, archival images and anonymous photos constitute an infinite image library; in the hands of collector artists, these become

the media they carve, cut, fold or glue (Emmanuelle Fructus, Thomas Sauvin & Kensuke Koike, Ruth Van Beek). Being surprised by the renewal of the documentary approach; all subjects have

an artistic value, the photographic inventory proves to be increasingly conceptual, combining images, drawing, sculpture and video
(Daniel Shea, David De Beyter, Bruno Fontana, Marianne Csaky). Understanding once again that photography isn’t about taking images but making them: it is a hybrid and ever-changing medium, revealing the ingenuity of artists who, from analog to digital via Polaroid,

This second edition of a ppr oc he proposes rich and varied content that immerses us in turn in collective memory, the history
of abstraction or even the observation of reality. Collectors and viewers will be guided through a series of discoveries and intrigues, inciting them to consider the photographic interplay at work. 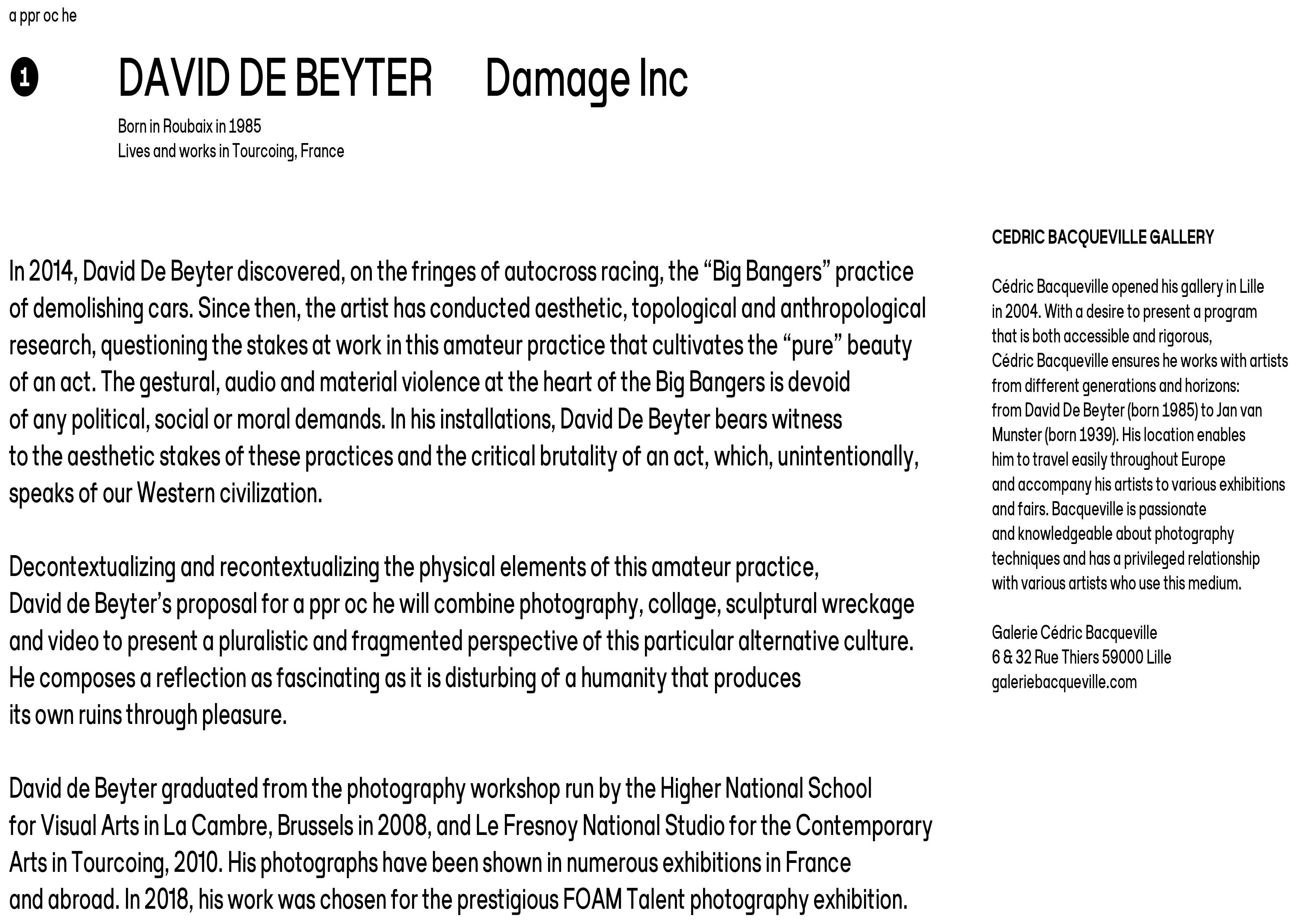 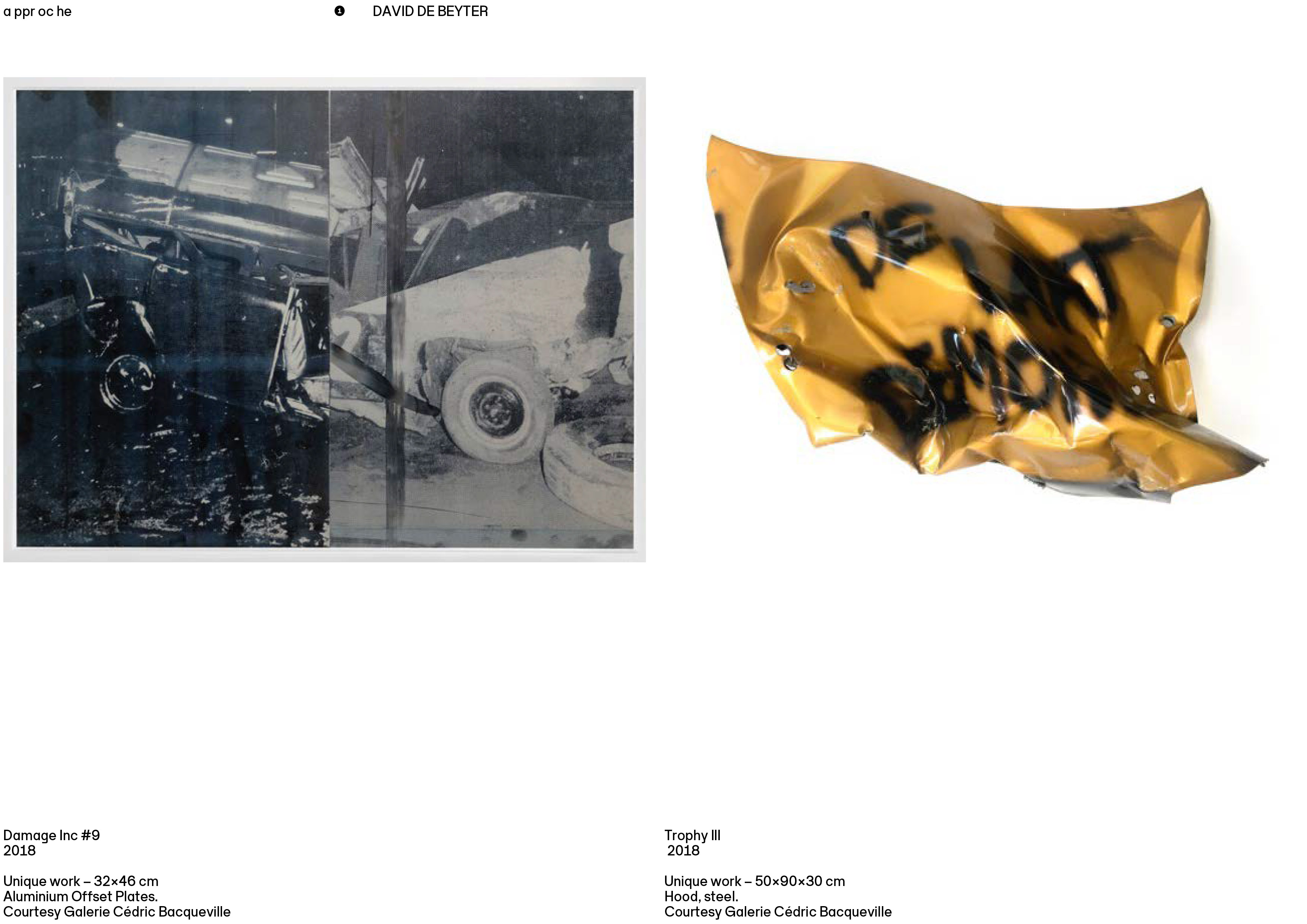 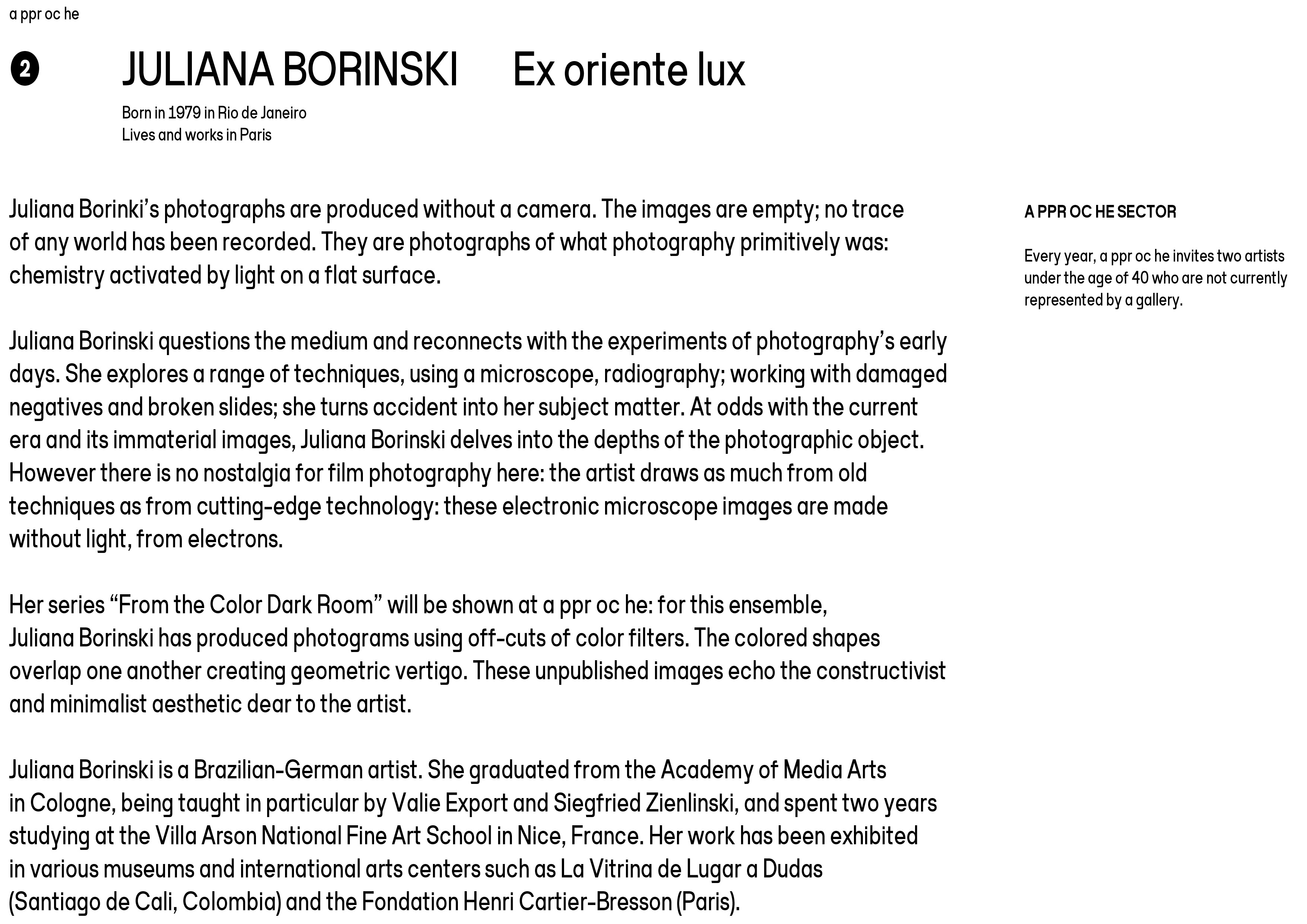 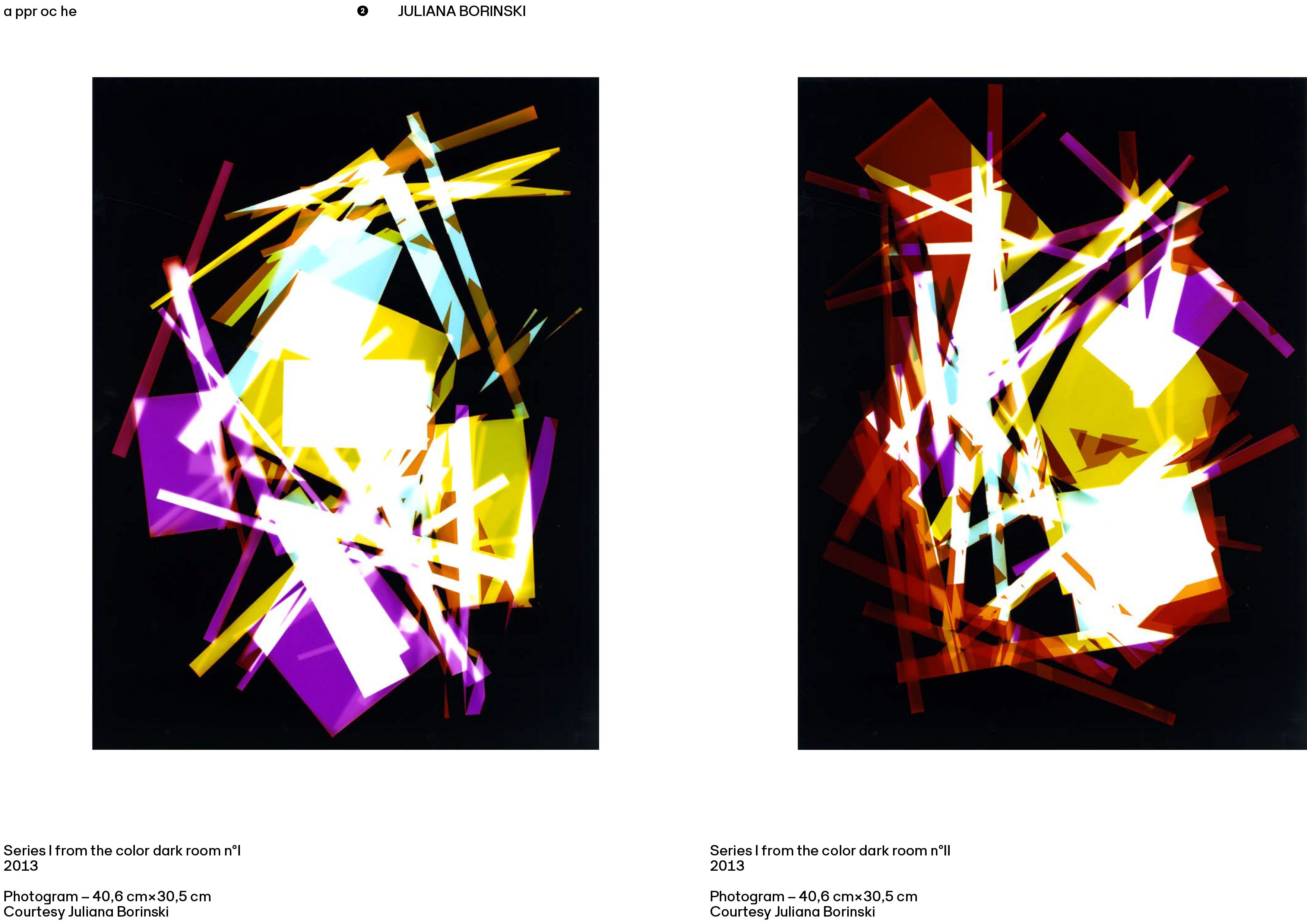 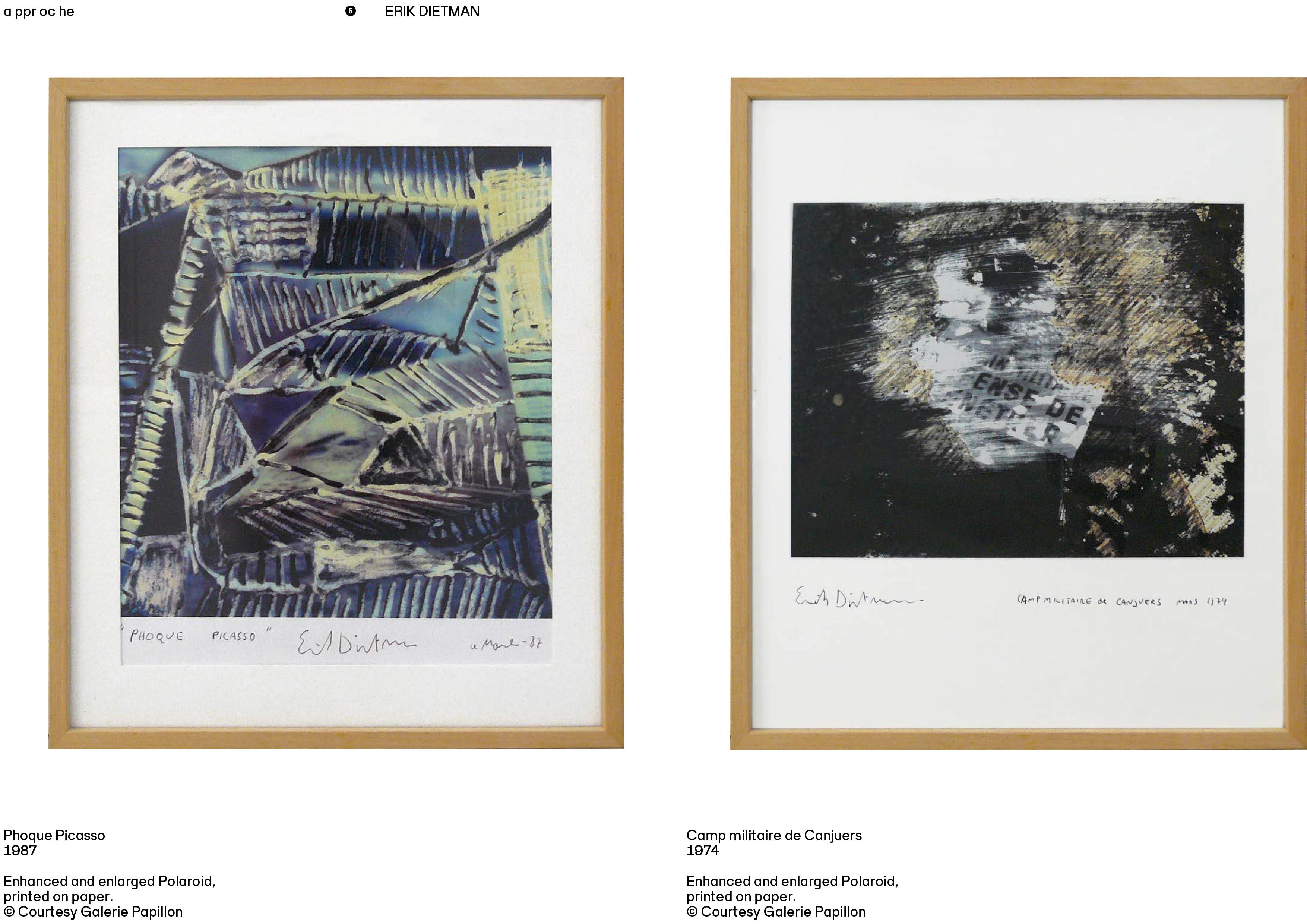 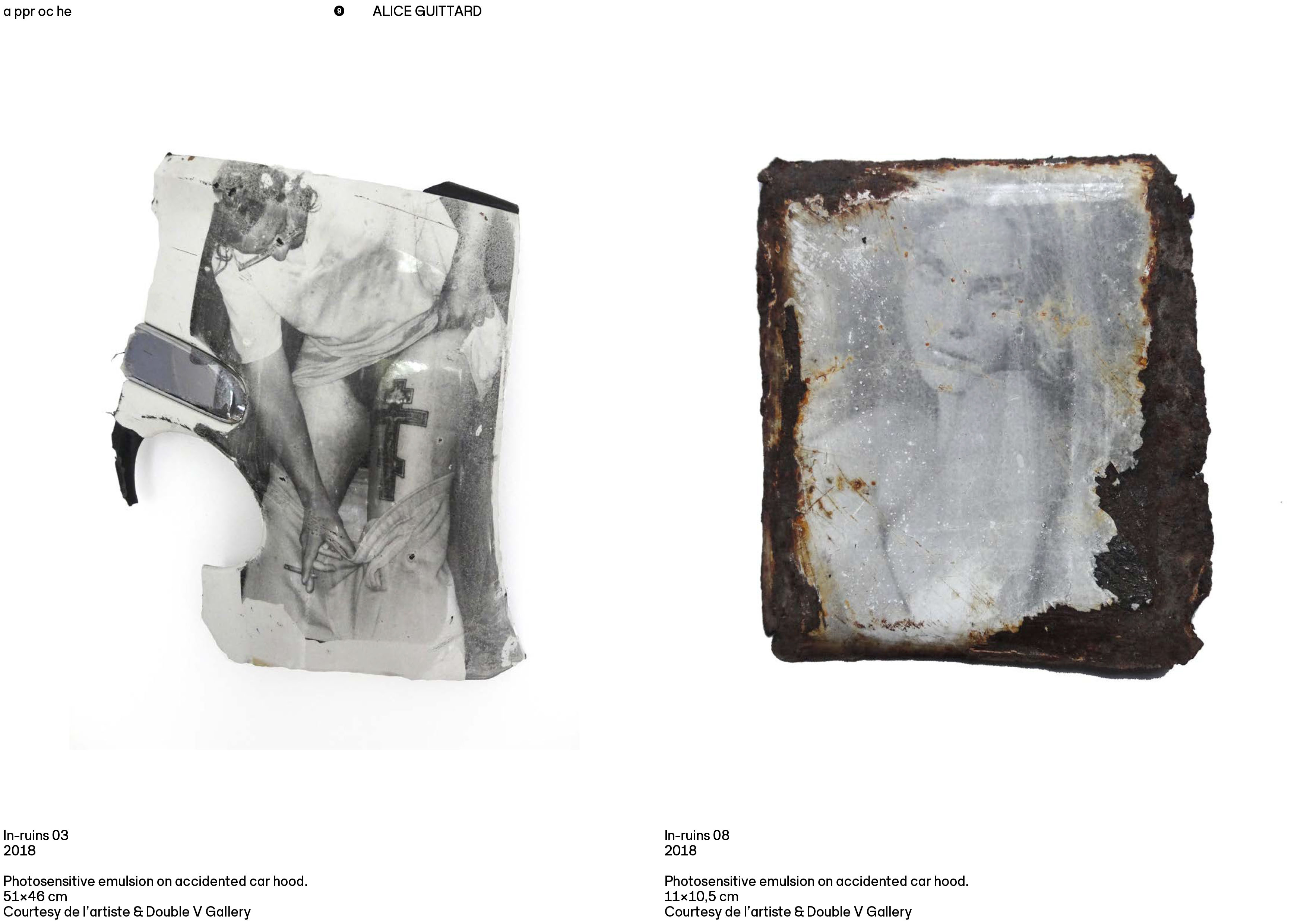 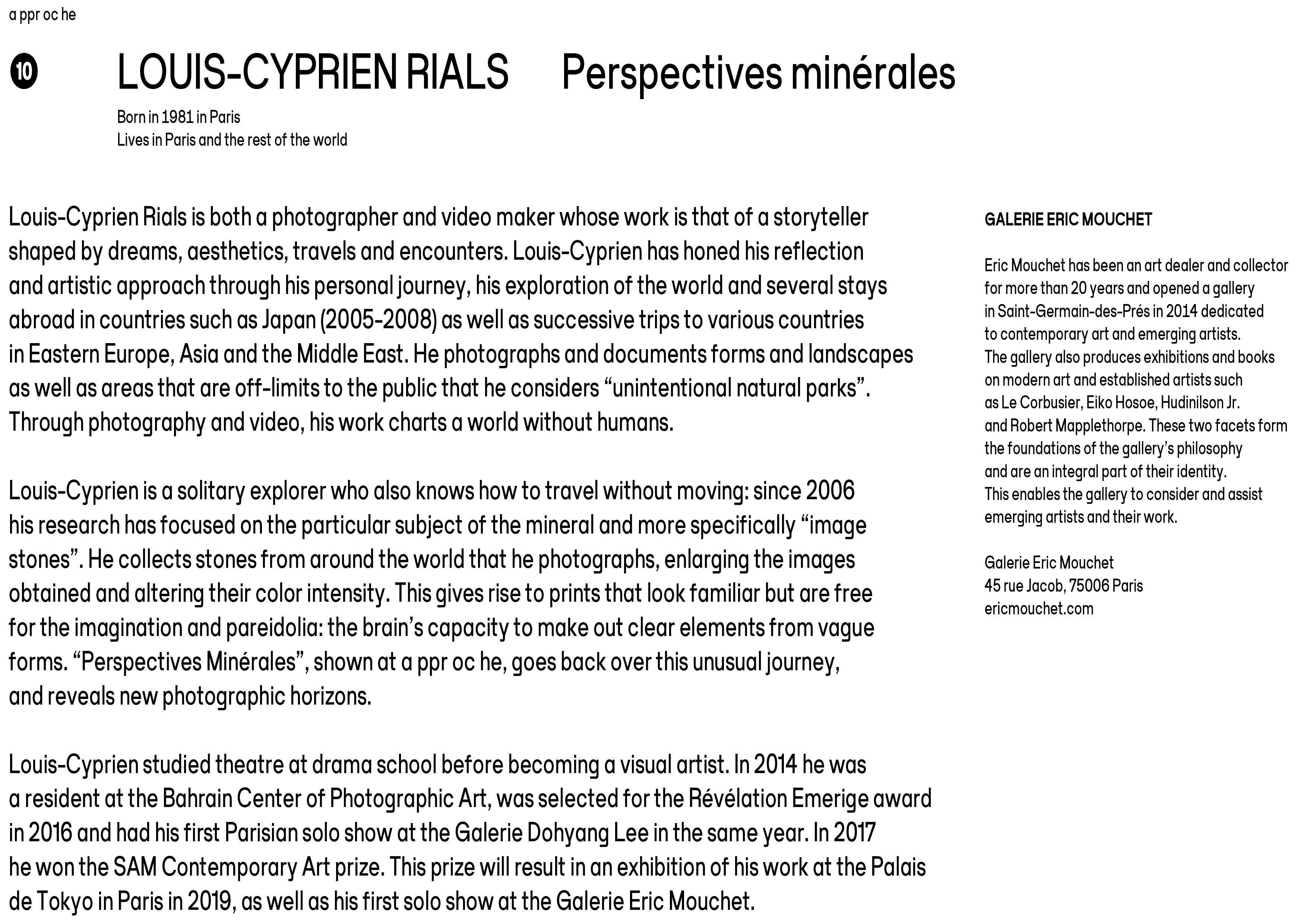 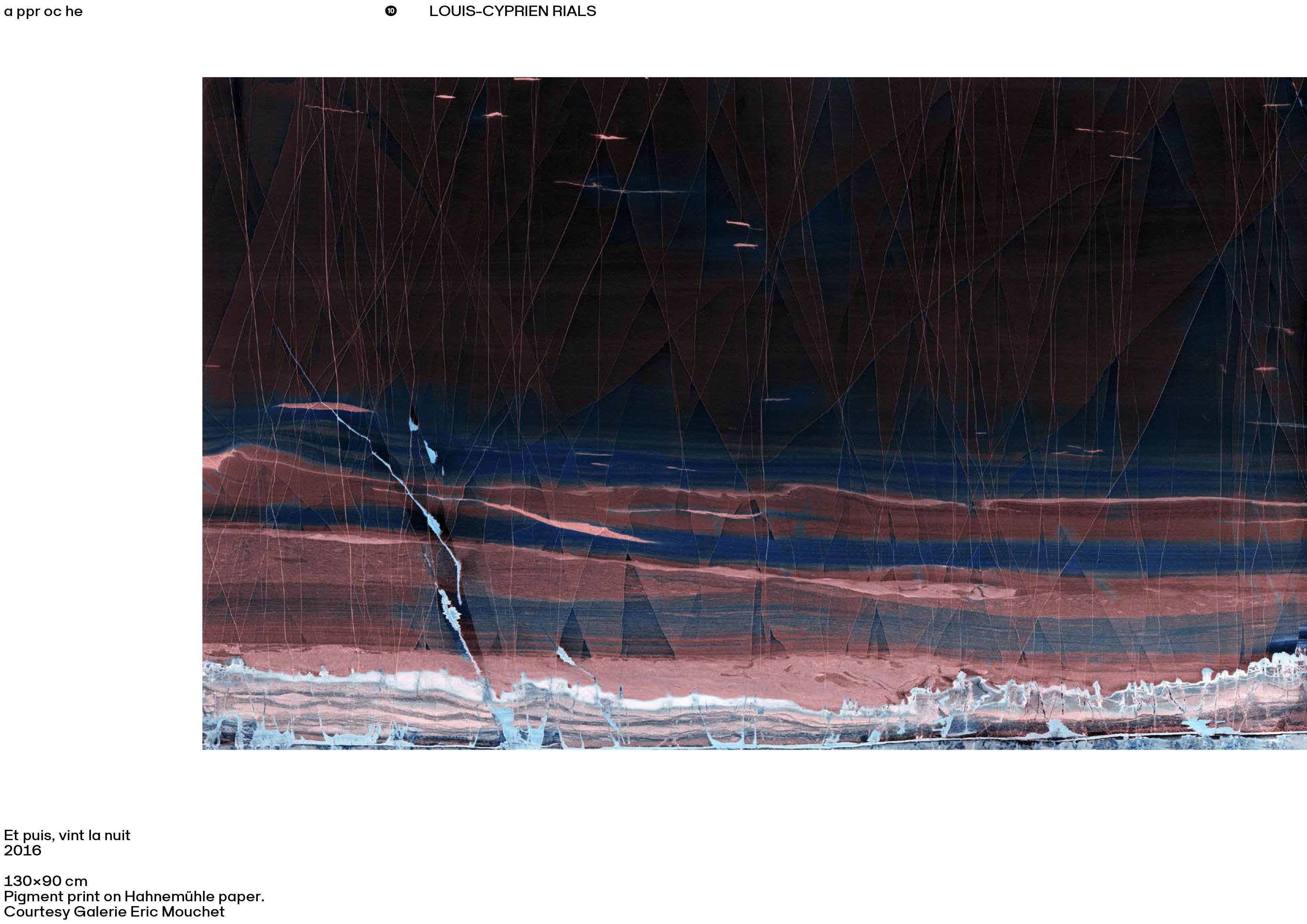 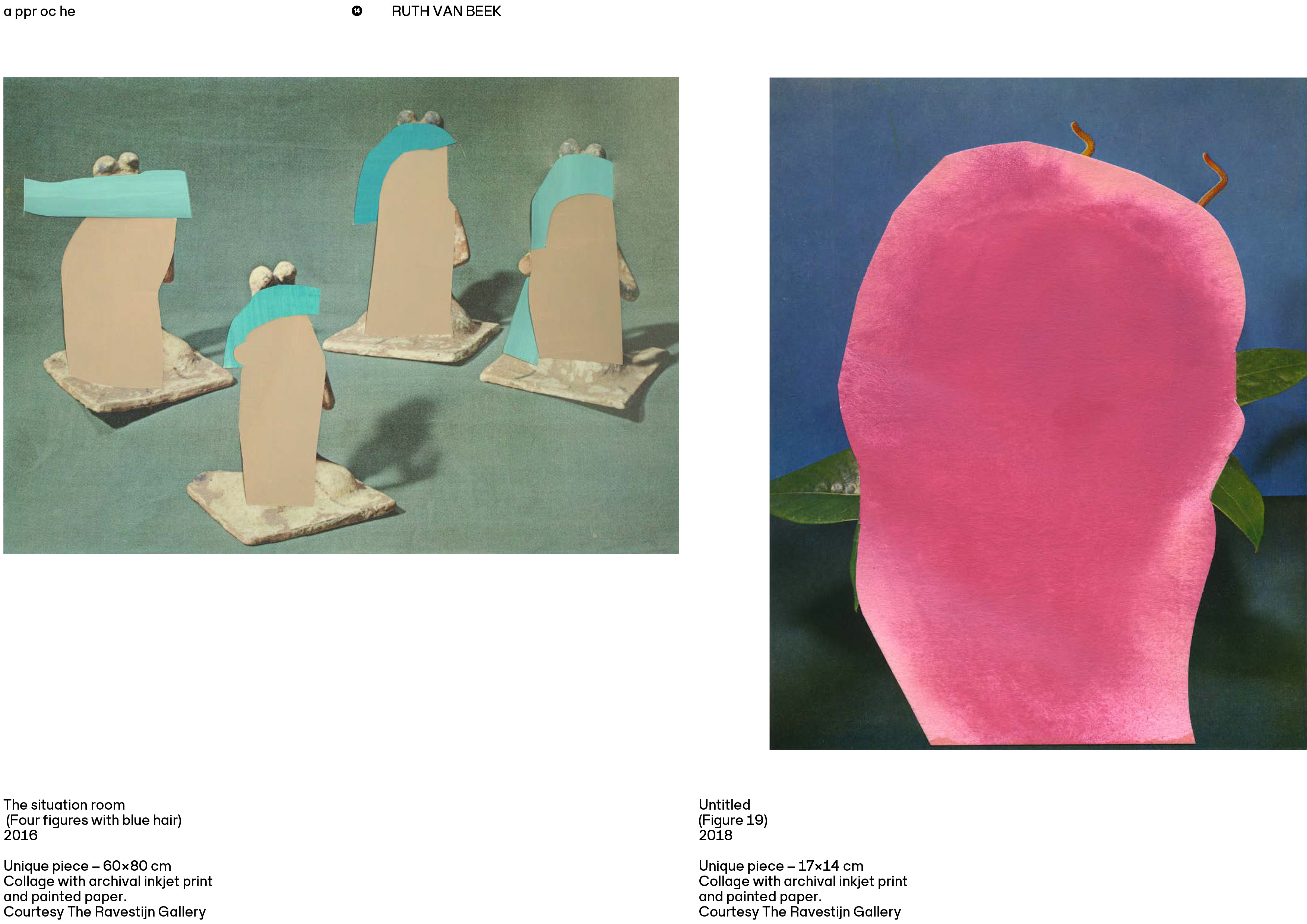